I didn’t know where all the energy I use every day comes from before joining this exploration? I wondered why we got blackouts, particularly last year during March & April? Is there enough electricity we produce? From which country do we import electricity? What are different ways of making electricity for people living off-grid? I was wondering so much, but I gained more understanding and knowledge at the end of the discovery than I expected.

Cambodia is one of the world’s fastest developing countries, including electricity, which is an important development section. And for me, learning and understanding about this is very important. Talking about electricity in-class study is useful, but what has helped more is going out to various places to meet experts and people who have experienced electricity-related.

We have had an exciting opportunity to meet a person from EnergyLab, a company working in Cambodia to create clean energy. I’ve learned a lot about Cambodia’s electricity lab and a lot of information as well. He led us to see the ISPP solar farm, and the first time I realized that the solar system helped the school so closely related to electricity, it was surprising to me.

We had another chance to visit an off-grid village in the province of Kampong Speu. While being an off-grid village, people living there are using solar energy from a company called OkraSolar. OkraSolar is a company providing off-grid people with solar energy. We’ve been to meet some solar-using villagers and guess what? Solar power is very helpful and they feel like it; solar power makes life easier and better.

We also had the opportunity to meet the BlueCircle, a company that provides wind power to countries in Southeast Asia in particular. We have no wind power yet in Cambodia, but the company plans to have it on Bokor Mountain, Kampot Province. They’re still learning about the wind speed, the climate, and the environment in general, but their goal is to start building it as soon as possible. It would be a very useful source of electricity for Cambodia because it is one of the most efficient electricity sources.

Since I learned a lot from this exploration and how important electricity is to the world, I started thinking more and using it wisely because it is not so easy to produce. But as the production of electricity is increasing, I believe there will be fewer blackouts as time goes by, and we will have enough electricity to power the country.

Here’s the link to the final exploration video. Enjoy! 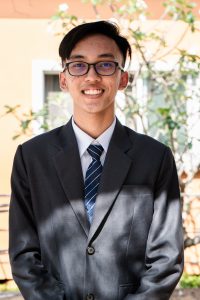