First of all, I felt so sorry for this late post because there is a lot of stuff going on and for me, I need to post about my learning at Liger first. But I still wanted to share my experience with the robot to you all. Hope you enjoy!

The competition was in a university called Zaman. During the competition, there were several teams coming from different schools in Cambodia. Those teams were from Liger Leadership Academy, Zaman International School, Neeson Cripps Academy, and Jay Pritzker Academy. The competition was divided into two different levels, senior and junior, and I was in the junior team. There were two junior teams from Liger but there weren’t any senior team from Liger because the seniors are doing VEXrobotics competition, now. (Click on these names to visit my teammates’ portfolios; Ena, Wathna, Bandith, Votey & Chornson )

The competition was from the morning until the evening. Our robot went very well and our team had a wonderful teamwork, too. At 5 o’clock in the evening, the awarding and closing ceremony started. At that time, there were special people that came to the ceremony such as;

Let me tell you about the result. Both of the Liger robotics teams were very successful because we won the second and first place! Isn’t that brilliant? Two teams, two trophies, one the top! Everybody was very excited and my teammates and my families were there and they were really proud. Other teams also did very good jobs, too, and no one loss, it was all about experiences! Thanks for reading and visiting my portfolio, have a wonderful day! 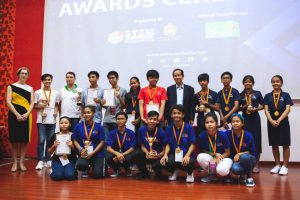 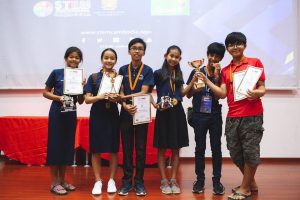 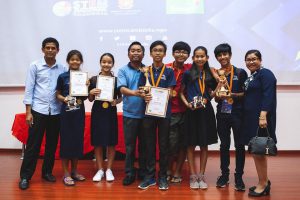 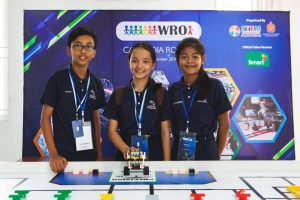 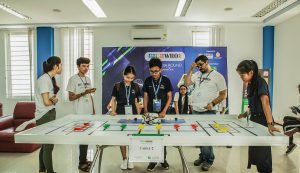 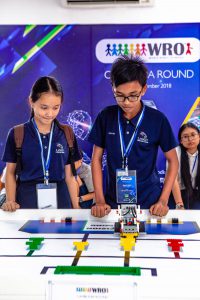 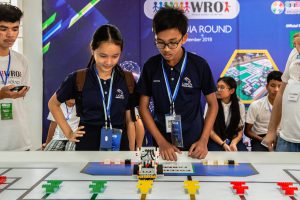 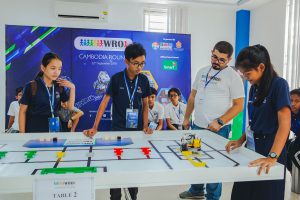 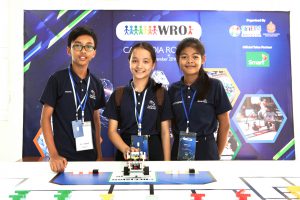 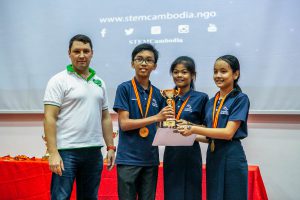 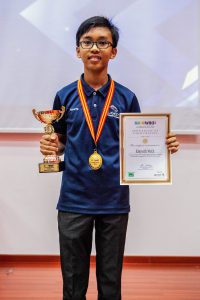 STEM is one of the most important subjects for me to learn. STEM stands for Science, Technology, Engineer, and Math. For the second round of STEM, we still focused on Science.

This round, we learned about Chemical Bonding! In that lesson, I got to study Ionic Bonding, Ionic Compound, Covalent Bonding, Hydrogen bond, Polar Bond, Polar Compound and covalent compound! We also did some cool experiment to see what happened. CK12 is a very helpful website that my classmates and I used to study and it was recommended by our teacher, Chanda.

I can’t wait to learn more enthusiastic lessons and do some more cool experiment! Thanks for reading and visiting my portfolio.

English literacy is one of the essentials that I enjoyed and felt enthusiastic this second round. Every round for English literacy, we always have different themes. The theme for this round is about social and environmental injustice. For the first week of this essential, we discussed the African American community in Connecticut that was discriminated by many people and most of them lived in poverty, and they lived in the place that was affected by air pollution. After the discussion, we were researched about different countries and waste management in the country. That time, I was selected to research about Kenya. What I research was about the country’s relationship with trash, waste management, the government action and the affection of people that live near the dumpsites. Then, we all shared and I got to know many more country about their waste management. The next week came, and it was Halloween week!

We researched the history and facts about Halloween and did some fun activities, too. Then, I learned something very interesting. It was about argumentative. My teammates and I were discussed about philosophical chairs. Philosophical Chairs is similar to debate but we can change from agreeing to disagree and it had to be very respectful. The statement was “Schools should stop the practice of giving letter grades to students. Instead, they should only give written feedback.” I was on the agree side and it was really enthusiastic. Talking about that, we were learning about devil’s advocate. Basically, devil’s advocate is a person who expresses a contentious opinion in order to provoke debate or test the strength of the opposing argument. I picked a few statements and brainstormed questions that the devil’s advocate might ask. We were also planning our essay for our thesis statement. My statement was “Single used plastic should be eliminated because it’s very harmful and effective, especially to marine lives, lives on Earth, our planet and people should use other things rather than single used plastic.” Then I started to learn how to choose evidence for our essay. I got to learn about primary, secondary and tertiary Sources. After that, I learned how to evaluate sources by using OPVL strategy. OPVL stands for origin, purpose, value, and limitation.

Those are the meaning of OPVL. Then, I started to begin my body paragraph. The second round was ended and the argumentative essay will be finished at the beginning of round 3. I promise that the third round post will be published before 2019.

Thank you for reading!

Hi! My name is Rayuth Nuthkhonn, you can call me Rayuth (Raa-Yut). I’m a 14 years old boy who grew up in Takéo province, Cambodia. I go to school called the Liger Leadership Academy based in Phnom Penh. Please Enjoy Reading My Portfolio!